SYDspace grew out of the Sydney Kotlin User Group, which was officially founded in May 2017 by a group of volunteers passionate about Kotlin. The first event was actually even earlier than that, in August 2016, organised as a special one-off night together with the Android Australia User Group. Ever since it has been a regular event supported by JetBrains and local companies opening their doors as venues.

When the Kotlin meetups started gaining some traction, Serversiders was started as a sister group focused on server-side development in other languages, not just Kotlin. Intended as an opportunity for people to discuss their stacks in Java, Go, Rust, Scala and others, it started running on the off-months when Kotlin meetups were on break.

Eventually, SYDspace was founded in October 2019 as a non-profit group to unify the existing meetups. 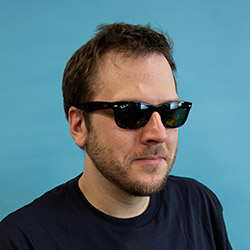 Once a Java developer of different sorts, now working on things related to backend and data.

Now also the founder of the SYDspace community.

Apart from the organisers, it wouldn't all be possible without many others helping out setting up the venues, finding speakers, filming events and posting videos. Thank you to all of these wonderful people!